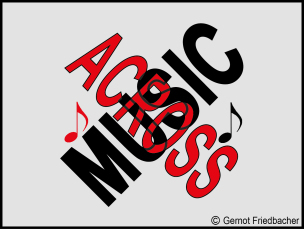 Zawinul about Zawinul – Talk and Music with Tony Zawinul

Studio guest in this edition of “Music Across” is filmmaker and composer Anthony “Tony” Zawinul, son of world-famous legendary Jazz musician Joe Zawinul. The first passion in his youth was sports, being Californian champion in long jump, who could not participate in the Olympic games in 1980 in Moscow, because they were boycotted. His father was also a big sports fan, and the world of arts was primarily opened up for him by his mother, Maxine Zawinul. He made his first film in New York when he was still a kid. Tony talks about how he came to the film business, how the corona pandemics affected his life and his work in the last two years, about his brother Erich who died in February 2021 following COVID-19 disease, and about upcoming events and releases celebrating the 90th birthday of his father, Joe Zawinul, in July 2022. The music in this show will be presented by Tony as well. Music that he liked when he was a kid, music that he liked to share with his brother Erich, music the whole family listened to when they were on vacation, and music his father liked to listen to, when he was not working on his own music. Did his parents sing a lullaby for him when he was a kid ? What was the last song he listened together with his brother at his flat in Vienna during the first corona lockdown in March 2020 ? – Tune in, and get to know. Tony also let’s us know that his father had a good sense of humor, and he even tells a joke, his father would tell. Lean back, listen, learn, be surprised, and have fun !

Just a few random citations from the interview:

[during the corona lockdowns]…”I gave myself a firmware upgrade”. “Erich and I did share a similar taste in music”. “I had a really good drum teacher, a Japanese guy, I even had a couple of lessons with some of the guys that would come into Weather Report”. “For me the connection with music and sports was always very deep”. “The real test of a song is, as time goes on it”. “Erich was Vienna, and Vienna was Erich”. [about the humor of his father]…”He had a direct kind of humor, it was sometimes really funny, sometimes not, depending who is on the receiving side”.