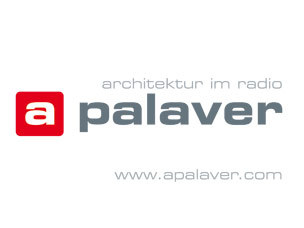 Nina Valerie Kolowratnik is an architectural researcher and consultant on spatial documentation currently based in Vienna.

The field of architecture is already wide and our today's guest extends the borders even further: Already her architecture master theses at Graz University of Technology called “Kafr’Inan – Images of Presence for a Landscape of Absence: A Spatial Re-reading of the Palestinian Refugee Question” turned her interests toward issues of forced migration, socio-cultural claims to land and property. Within her architectural research practice, she uses the tools of architecture to develop spatial notational systems that translate and communicate different truths within legal and human rights debates.
In our conversation, we reflect on two projects where she recently applied these notional methods within Indigenous struggles on land, sovereignty and border militarization in the United States.
First, we discuss the struggle of the Pueblo communities in the American Southwest to claim their ancestral lands within US courts without revealing the secrets their culture is based on, and the alternative evidentiary drawings Kolowratnik elaborated with Jemez Pueblo tribal members.
A bit further East Nina Kolowratnik, in collaboration with Caitlin Blanchfield, has been working with the Tohono O’odham Indigenous Nation. A tribe which territory spans across the international border between the USA and Mexico and that faces a growing barrier and increasing militarization of their Nation after the events of 9/11. The US border patrol has decided to construct a series of huge surveillance towers without openly communicating their impact. Among other, Kolowratnik and Blanchfield´s work graphically displayed the impact the towers will have on the community, helped inform the tribe and provided tools for the negotiation with United States Customs and Border Protection officials.
Finally, we talk about two of her projects on migration to Europe – a mapping and exhibition project in Lesvos on the very early humanitarian aid infrastructures for arriving refugees, and a teaching and research initiative conducted at TU Vienna on spaces and living conditions of refugees in Austria called “Fluchtraum Österreich”.

This episode of a A Palaver will be part of the contribution of common waves radio to the virtual Tbilisi Architecture Biennial 2020.