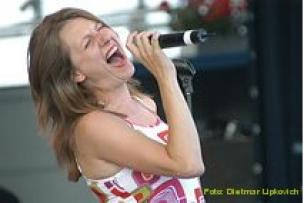 SOUNDS OF DEA
DEA IS AN ECLECTIC INDIE SINGER/SONGWRITER AND BASSIST FROM VIENNA, AUSTRIA

With a natural groove, her music is best descirbed as intimate, soft, tense but hopeful as refelcted in her songs "Run" and "Anyway".
The sound of her voice can swoon you like a lullaby but her lyrics pleasantly surprise you with their wit and edge. You may even be caught in a jab or two.

Dea's musical journey included many crossroads and turnarounds until the bass finally found her and became the foundation of her entire world.
Dea thrives on influences from energetic rock and funk such as the Red Hot Chilli Peppers, reflective inspiration from her favourite singer/songwriter Ani DiFranco, and the melancholy muse of Samuel Barbers Adagio for Strings.